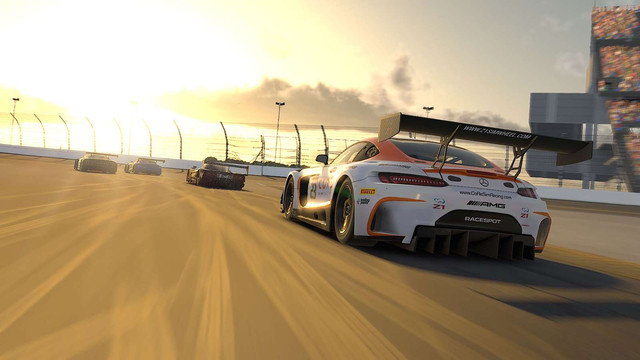 The title screen of Nuage featured menus of Play, Directions, Options, Credits and Exit. The button layout via the Xbox 360 gamepad: LS-to move and collect clouds, RT-to use rain (5 clouds needed), LT-to use lightning. Lightning gives you extra rain time. The controls are good in Nuage. The controls were good in that they caused no stress which is Nuage’s presentation’s angle. Judging from the buttons you can probably put together some of Nuage’s gameplay. Your goal is to change the landscape by growing plants, flowers and bushes through the use of rain.
You control a cloud on a nicely rendered 2D backdrop featuring trees, hills sunshine. You can see bears and foxes walking below the cloud. The cloud is the protagonist of Nuage without it you don’t have a game. You move the cloud across the screen left to right, up or down to collect clouds. As you collect clouds they accumulate into a stronger cloud. Once you have five clouds you can create rain for a limited time. Rain helps plants below grow which changes the landscape of Nuage. It’s a really simple game that gives you a simple pleasure just by watching the setting grow into something more beautiful.
I was unable to use lightning during my demo playthroughs so i can’t comment on the effects of it relating to Nuage’s landscape. I’m pretty sure lightning has a gameplay element just not sure what. The Directions menu stated lightning is used to help you create rain longer. If that is the case it doesn’t seem like a big deal. As far as the gameplay is concerned its pretty simple but enjoyable. It’s actually addicting but in a non-stressful way. The reason Nuage has a calming effect is from two elements, the visuals and music.
The visuals in this game exude quality. It’s more art than textures i like to say. The landscape, trees and animals gave my mind peace. Nuage isn’t a complicated looking game it’s quite simple. However it does deliver an atmosphere of calmness. The second part of this calming effect equation has to do with the sound design. The music in particular done by Paul Collier is probably the reason this game has a legit calming effect on me. It was that good. I played so many XBLIGs and many lack quality to be blunt. Nuage isn’t one of those games this one has quality embedded deep within its essence.
Well you might say how can Nuage be so fun. Its simple for me really. I love watching the environment come to life. Nuage may not be a genre-defining game however it’s a game that breaks from the casual main stream video game ideas. It’s a small indie game to boot which is why you gotta try it. Check out Nuage on Xbox Live Indie Games Marketplace. Play the demo or buy it for 80 Microsoft Points. Thanks for reading.