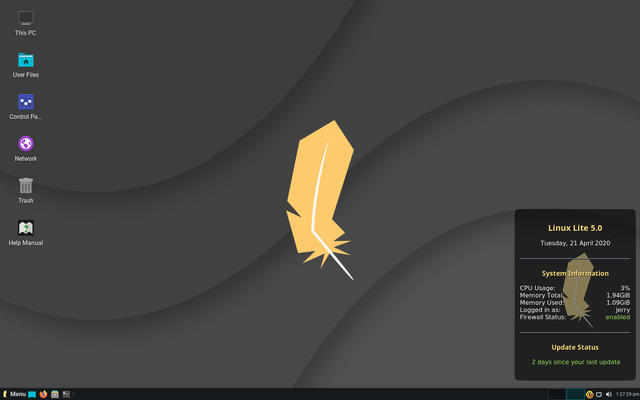 I have become a Linux user since 2008 and my first Linux distribution was Ubuntu. Ubuntu is currently the most popular Linux distribution and when somebody is talking about Linux, very likely that he is talking about Ubuntu. I personally have a very complicated opinion toward Ubuntu, I both love it and hate it. In this article, I will enumerate the advantages and disadvantages of Ubuntu to justify my love and hate for it.
Ubuntu has a lot of advantages to offer to its users. First of all, it is designed to be very easy to use and install. One of its strongest selling points is that Ubuntu will detect all your hardware, set up your networking, and allows you to easily configure your operating system through a nice pretty and shiny brown purple interface. That is why former users of Ubuntu will still feel comfortable in the environment of Ubuntu. The other good thing about Ubuntu is that it is supported very well. It seems that when someone talks about Linux Support these days it means Ubuntu more than any other distribution. Fedora coming in a close second. The ability to file makes it very easy to obtain and install certain software. Besides, Ubuntu is back up by Canonical, a huge company with strong capital. More than that, the user community of Ubuntu is the largest among the Linux world. And last but not least, Ubuntu has a large collection of applications available in its repository so users will be able to find all the software they need.
However, nothing is totally perfect. Ubuntu has its disadvantages as well. Ubuntu is designed to be easy to use for newbies. So if the users want to try to do something advanced.. they may end up fighting the whole operating system. For example, if you want to switch to a new desktop environment other than the default one, you will have a lot of bugs and errors to deal with. It is very difficult to tweak and customize the default settings in Ubuntu, many users have been complaining about the network settings and the audio configuration of Ubuntu.
The Ubuntu community is the largest in the Linux world nowadays but it consists mostly of new users so you can get a lot of bad advice from there. Many of the solutions for simple problems involves downloading new packages, which will bloat of your system, instead of properly fixing it. It is very annoying to have to download a huge chunk of new packages just to fix a tiny problem.