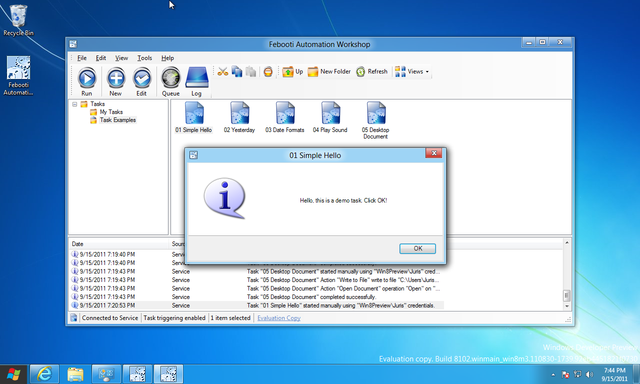 In just over 24 months, Microsoft will discontinue support of the Windows XP operating system. In a recent post on the , Stephen L. Rose reminded us all of the short amount of time remaining in the XP life span. There, you will also find tools and tips on planning your company’s migration from XP to Windows 7. For the everyday user, Windows XP has already been almost entirely replaced by Windows 7, but the extended support for commercial customers ends in 2014. At that point, there will no longer be any patches or updates coming from Microsoft. This will be the cue for malware writers to speed up production on viruses aimed at the soon to be derelict OS. Windows had previously extended support for XP once before, but the likelihood of that happening again is very small. Recommendations coming from Microsoft professionals strongly suggest that the time to transition to Windows 7 is now.
As mentioned above, Microsoft is doing what it can to aid in the transition. For Microsoft Enterprise customers they offer a free online deployment kit and expert advice (contact your company’s Microsoft representative for more information). For small and medium-sized customers, similar services are available. Contacting a Microsoft Certified Partner to assist with deployment is the best way to begin. You’ll need to test your system for compatibility, and if everything is ready for an upgrade to Windows 7, you’ll be able to purchase the new OS from a Microsoft retailer and move forward with your migration. Some third-party companies have virtualization environments designed to make Windows XP software run as long as possible. But both will be available for a limited time only, and once discontinued, running XP will become more complex and cost prohibitive. Additionally, IT teams will have to manage the risks associated with running an unsupported OS.
Many companies have already gotten started on the planning and execution of a transition plan. But what about the companies who have been waiting to get started on the switch? There isn’t much time left to wait. Some companies have been avoiding the transition, thinking the encouragement from Microsoft to begin migrating sooner rather than later, are an attempt to promote sales of the Windows 7 OS. This is truly unfortunate, made even more so by the trouble teams who have waited are likely to encounter as the looming deadline rapidly approaches. There is so much help coming out of Microsoft to ease their customers through the sometimes painful transition there is no excuse for waiting any longer.